Nine consultants and corporate executives tasked with introducing a workable form of “Kaizen” in Kazakhstan, to help development of Kazakhstan enterprises, tackled quality control in Japanese manufacturing, service industries, etc. and on production control. In particular, they studied successful examples of Kaizen and other topics as they aimed to have their efforts filter through to Kaizen and production control in Kazakhstan.

Kazakhstan switched to a market economy after becoming independent from the Soviet Union in 1991. As it implements reforms such as the privatization of state corporations and attracts foreign capital, the country is achieving steady economic growth supported by its abundant minerals and energy resources. Yet in order to improve its industrial structure, which leans heavily toward the sectors of natural resources and energy, the country is aiming to diversify its industries and promote innovation in its manufacturing industries.

Taking part in the seminar are nine corporate executives and consultants who studied Japan’s production control at the Kazakhstan-Japan Center. They visited a wide range of companies in Kansai. By on-site efforts and exchanging opinions with managers, they were able to understand such issues as how Kaizen activities contribute to the strength of Japanese companies and how the people ranging from managers to workers participate. They hope to develop these things in Kazakhstan after returning home. 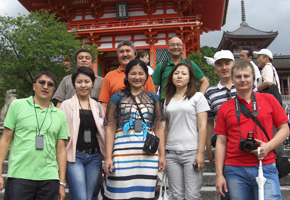 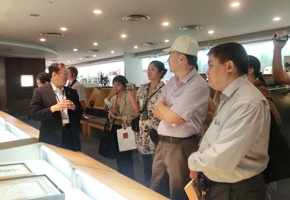