There are festivals and events here and there in autumn, I went to the “Sakai Festival” on October 20th.
Since I live in the southern part of Osaka city, I can go around the Sakai Station, where the festival is held, by bicycle over the Yamato River in about 30 minutes. 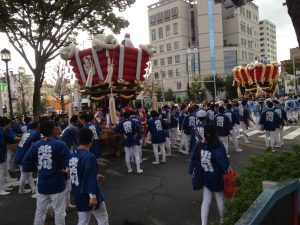 There are various groups of parades at the festival, but this year, it was a celebratory mood to commemorate the registration of the World Heritage Site of *Mozu-Furuichi Kofungun Ancient Tumulus Clusters.

I originally grew up in Sakai City, so when I saw the parade of the main “Futon Taiko”, I felt a little nostalgia that I might have seen the same scene when I was a child. 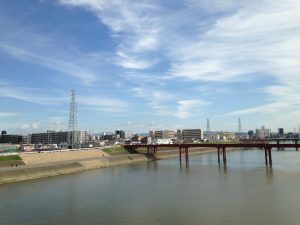 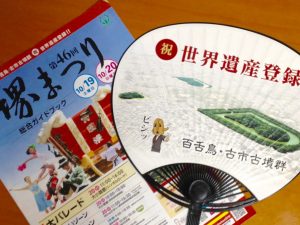